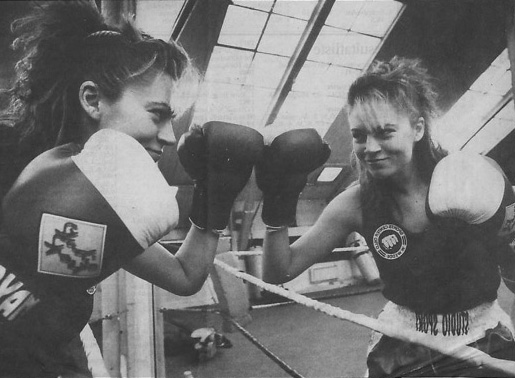 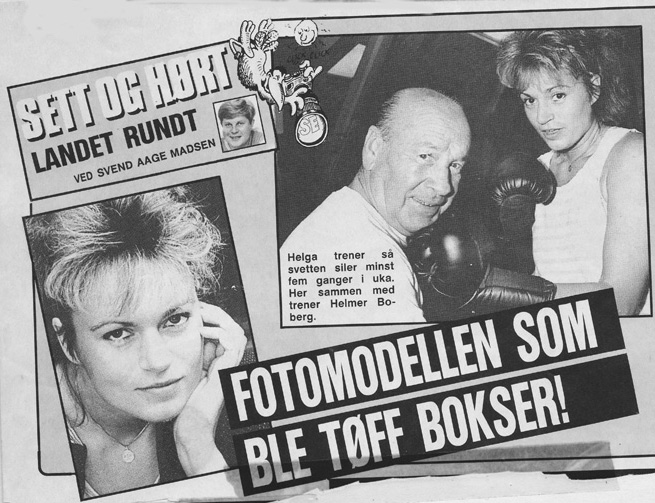 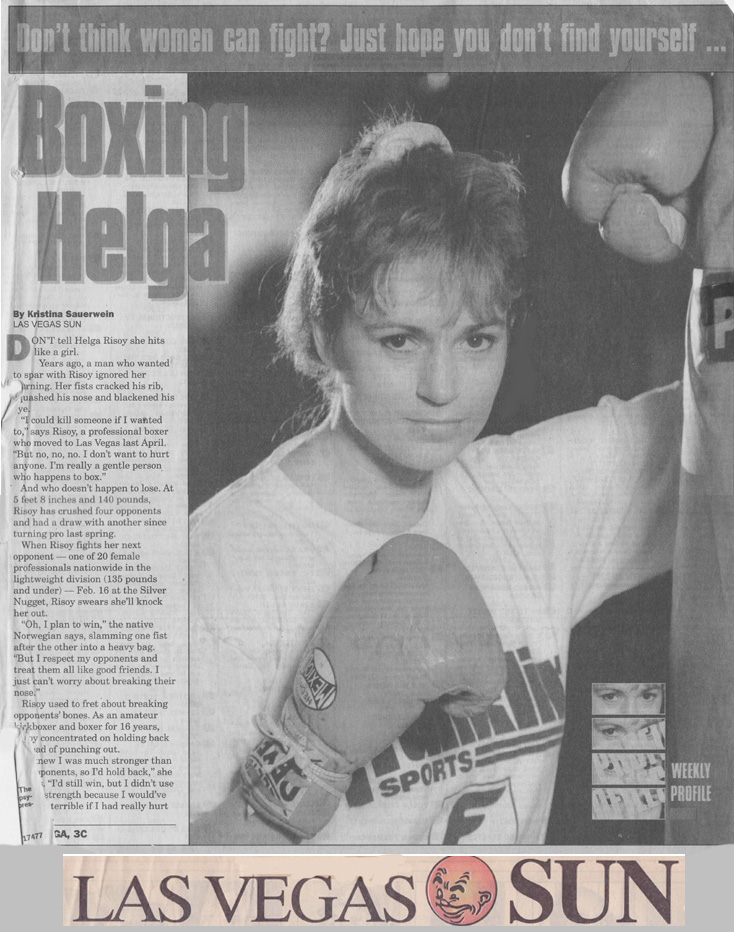 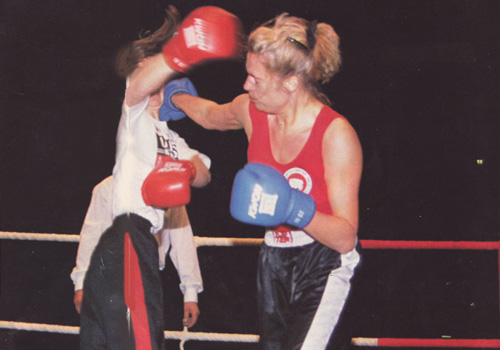 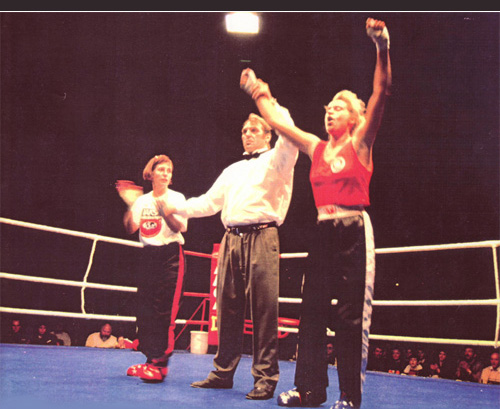 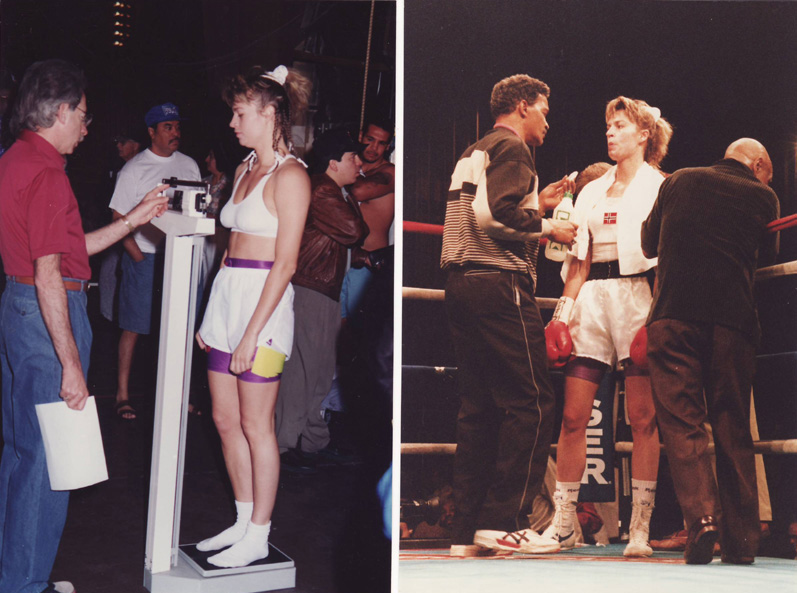 Left: Helga Risoy was the first from her native country of Norway to win a world title in kick-boxing. She did so by beating the European Champion November 9, 1991 in Berlin, Germany.
Middle: Weigh in for pro debut in Las Vegas March 1993. Commissioner Marc Ratner checking the weight for the first women boxing match in Las Vegas history. Right: Helga with trainers Herschel Jacobs and George Foreman´s former trainer and cut man Doc Broadus in her corner. 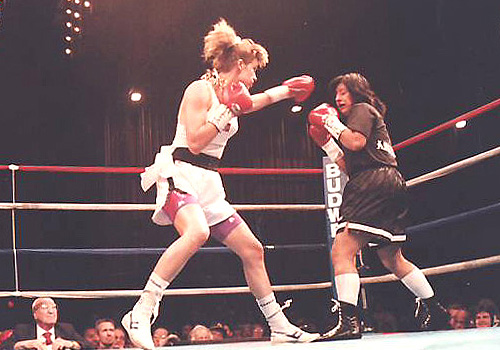 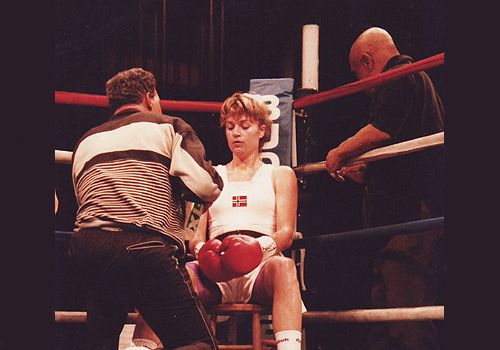 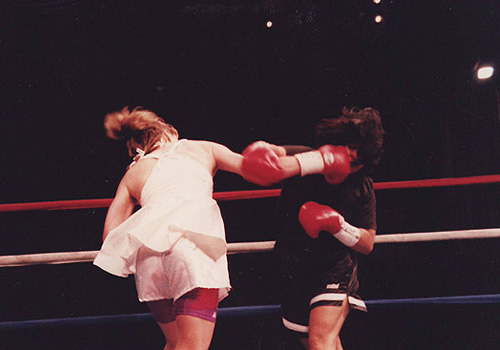 Action from pro debut fight against Terri Arguello at Aladdin Hotel, Las Vegas. TKO victory to Helga when referee stopped the bout in the second round. Arguello suffered from a nose injury. 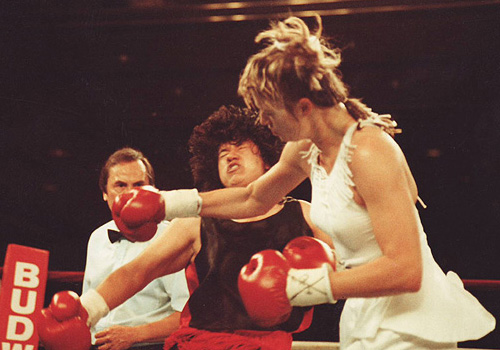 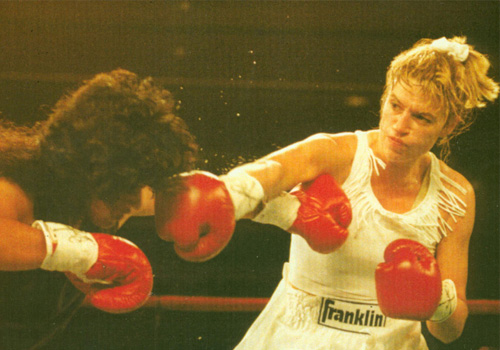 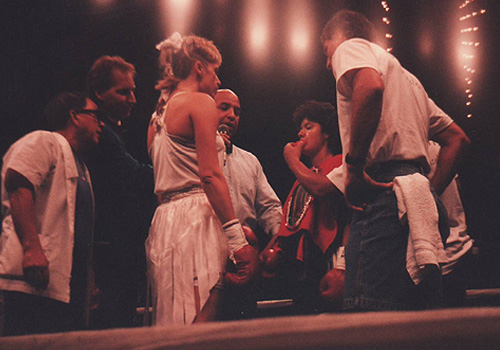 A lot of action against Delia Gonzalez in their first fight that ended in a draw. In the rematch Joe Cortez was the referee, and Helga Risoy won with a KO in round 6. 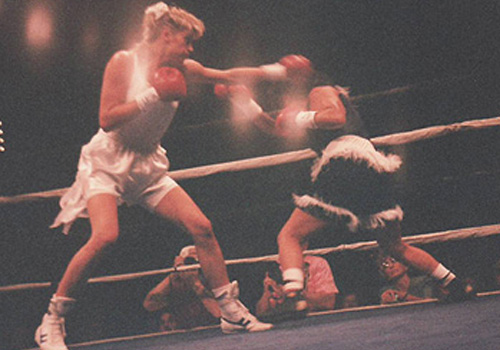 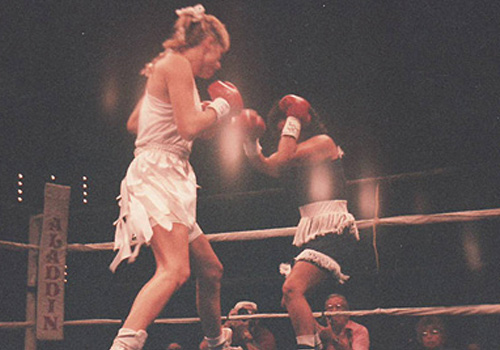 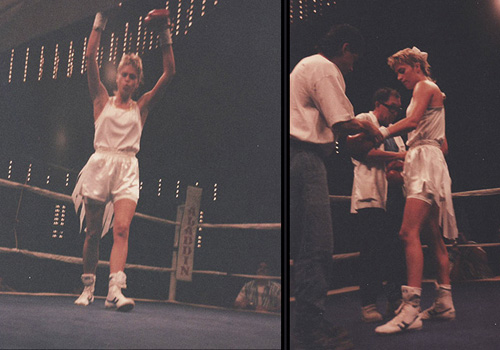 Helga keeps Delia Gonzalez on a distance with her jab, and finally knocked her out in round 6. 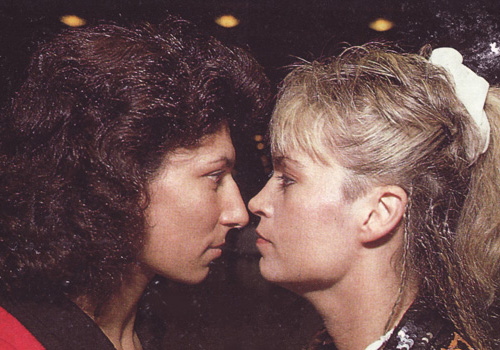 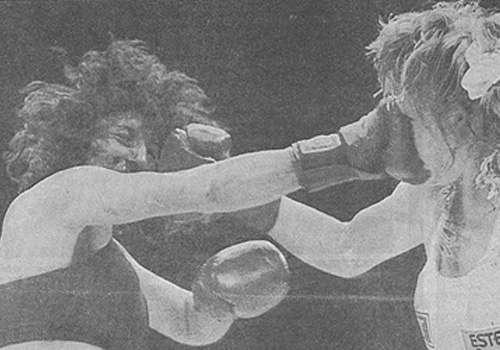 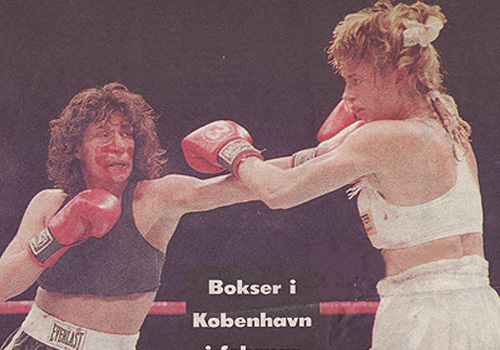 Helga meets Diana Dutra 10.20.1995 in the first woman professional boxing event in Denmark's history. It all starts with a stare down and ends up with a bloody action fight over 10 rounds. 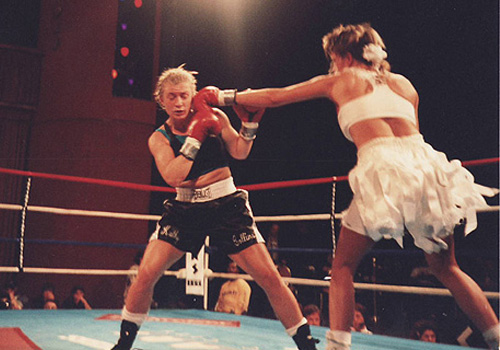 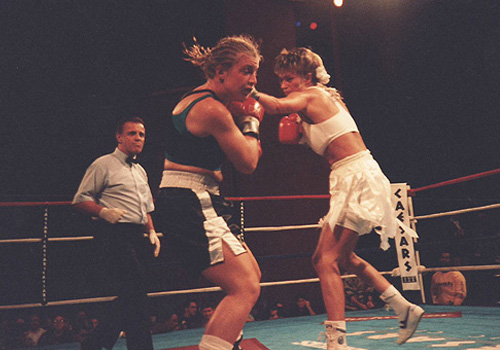 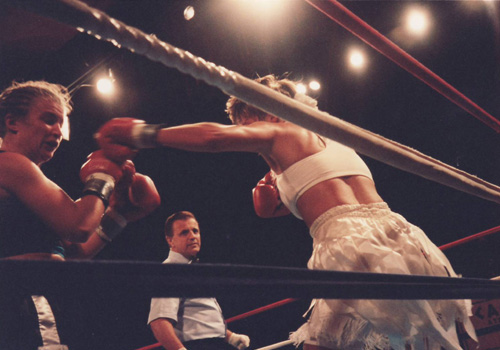 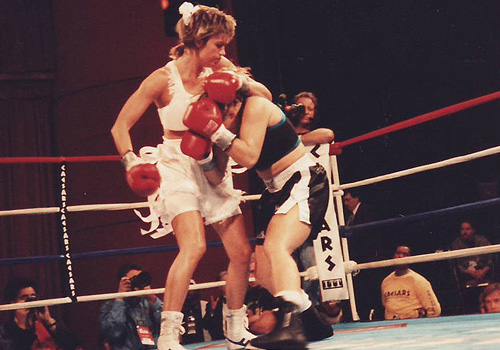 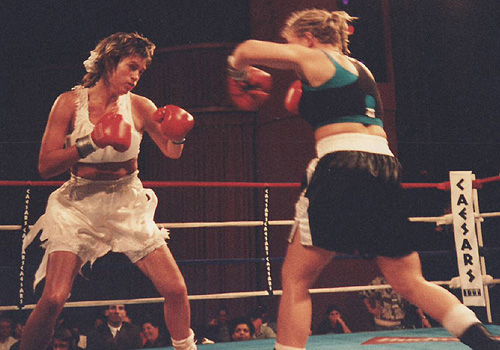 Risoy facing 3 times world champion Cathy Collins in a 6 round bout in at Caesars Palace, New Jersey. The first two rounds was won by Collins who ran after Helga and tried to knock her out right away. The last 4 rounds was dominated by Helga, but a tough fight to judge and it ended in a draw. Many people ringside thought Helga won, and among them Emanuel Steward in her corner. 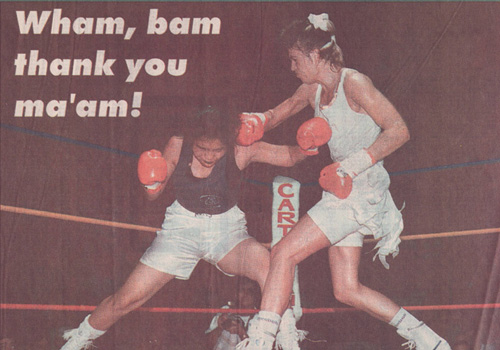 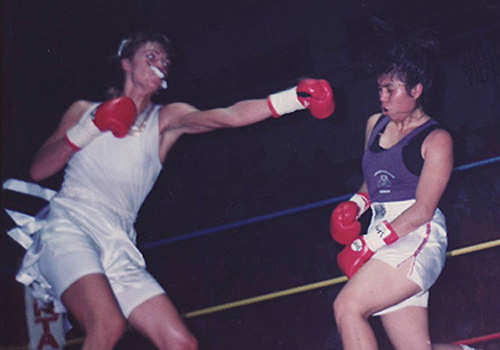 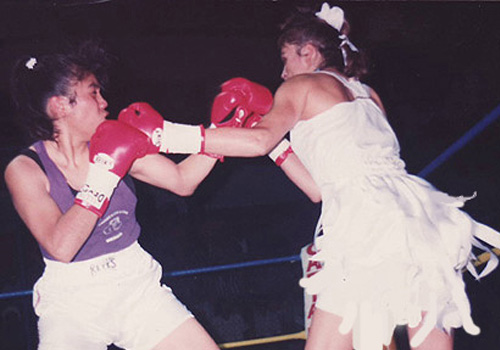 The first professional boxing match for women in Mexico's history was between Risoy and Garcia. This fight went over 6 rounds and was held in Renosa, Mexico, December 1994. 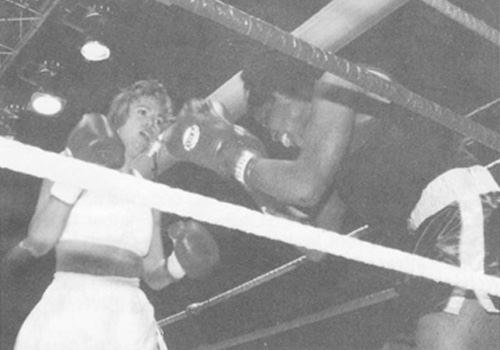 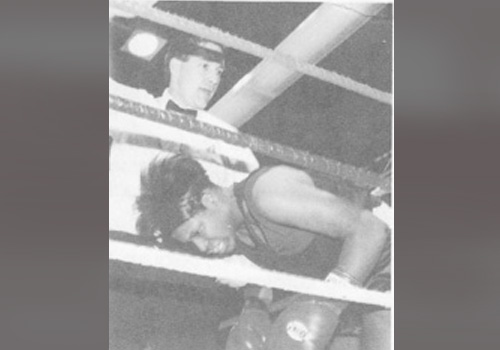 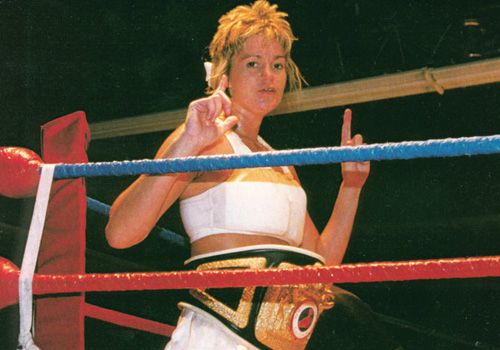 Worley, Idaho was Helga's favorite place to fight. She fought the first fight in the North West, and won the first title fight held there. She faced Norma Mosley, and knocked her out in the second round with a fury of body punches.